Montreal, May 15, 2015 – Quebec’s minister of transport and minister responsible for the Montreal region, Robert Poëti, the mayor of Montreal, Denis Coderre, the chair of the Société de transport de Montréal board of directors, Philippe Schnobb, and the senior vice president, Nova Bus product line of Volvo Buses North America, Jean-Pierre Baracat, were on hand at the Board of Trade of Metropolitan Montreal’s Strategic Forum on Urban Mobility and Intelligent Transportation for a demonstration of the City Mobility program that will run electric bus in the streets of Montreal during technical testing.

The City Mobility program is intended to bring together the expertise of public and private-sector players in a joint transportation electrification project. In Montreal, this involves installing two quick-charge stations on STM’s Line 36 – Monk to commission three fully electric Nova LFSe buses. Quick-charge stations will be built in the spring of 2016 near Square Victoria and the Angrignon terminal, respectively. Non-service testing will begin in 2016 before opening the doors to riders in the fall. Testing will continue until 2019.

Designed under Nova Bus leadership as part of the Consortium Bus Électrique, the three LFSe buses will each feature four batteries powered entirely by Quebec hydroelectricity thanks to a fast-charge system, as well as a TM4 motor designed in Quebec.

“Not only is the electrification of transportation profitable from an environmental and economic perspective, but it is also a tremendous showcase of Quebec know-how. City Mobility Montreal is a case in point, as it combines the expertise of Société de transport de Montréal and Nova Bus. Such a project ties in with government action and our action plan on electrification, which we will announce in coming weeks. I firmly believe it is an avenue which will help Quebec develop into a leading green economy in North America, while creating wealth for its citizens,” said the minister of transport and minister responsible for the Montreal region, Robert Poëti.

“As the first North American city to join the City Mobility program, Montreal stands as a leader in the electrification of transportation,” added the mayor of Montreal, Denis Coderre. The City Mobility project aligns with our vision to make Montreal a green, sustainable metropolis, and where the electrification of transportation plays a crucial role. We also plan to implement a car-sharing network of 1,000 electric cars, as well as change the city’s fleet of combustion vehicles for electric vehicles.”

“By collaborating on this project, STM hopes to acquire the necessary knowledge to develop and operate the electric public transit of tomorrow,” said Philippe Schnobb. “This project enables us to assess, under actual operating conditions, the impact of using quick-charging electric buses on a variety of elements, such as the customer and driver experience, service planning and delivery, maintenance, etc.”

Montreal’s five-year City Mobility project has a budget of $16.7M, with $11.9M stemming from an MTQ subsidy and $100,000 from Hydro-Quebec. To help make this project possible, Volvo/Nova Bus invested $8M in research and development for the electric bus transportation system. 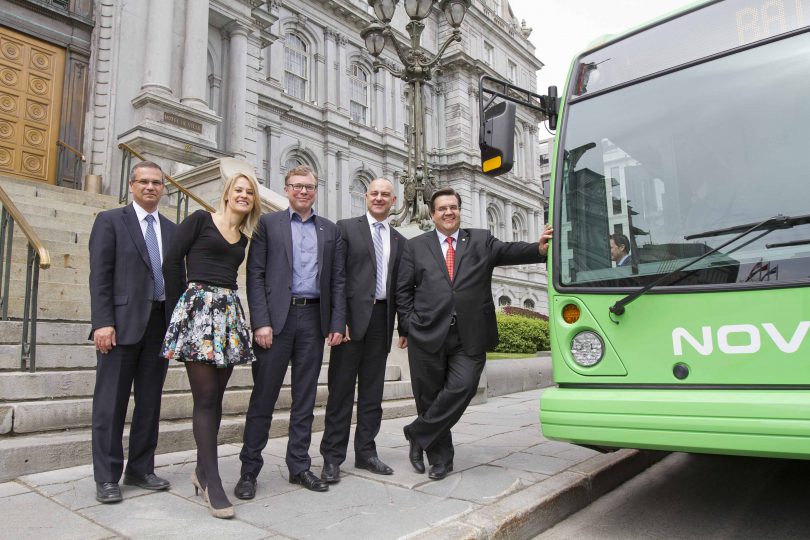 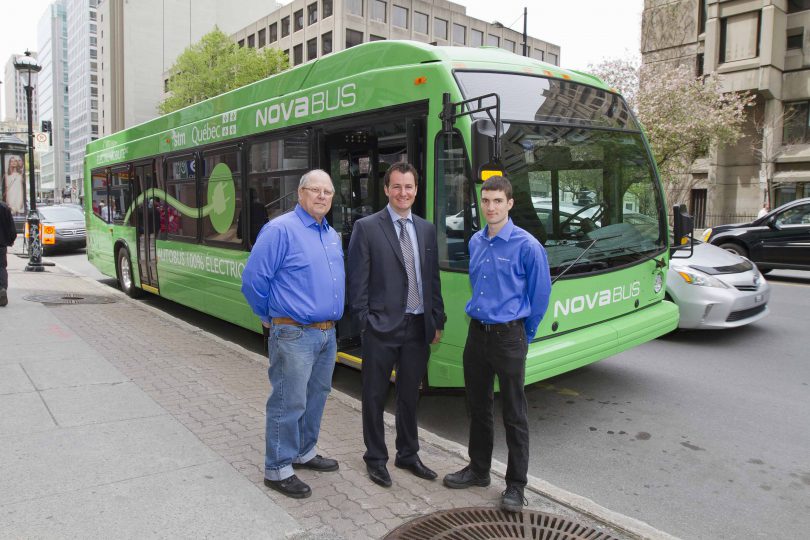 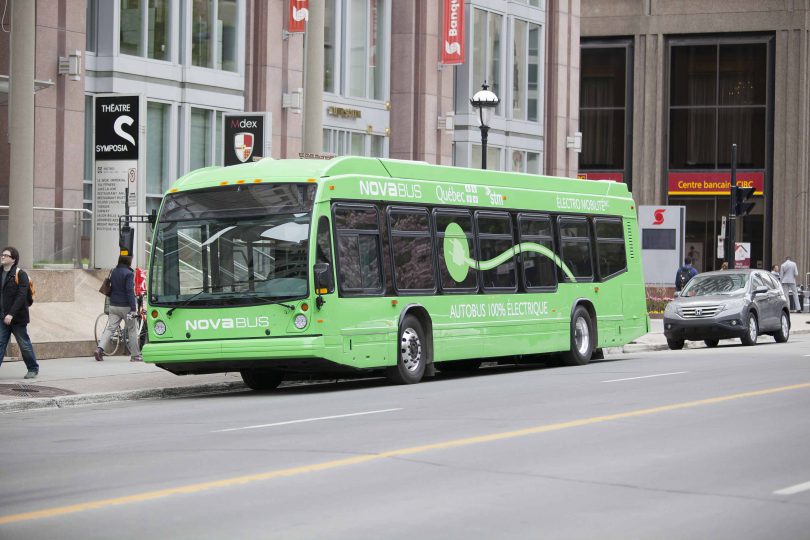